So after a critique, I made some changes to the line art.  The changes were mostly minor, the only big change was to my cover.  In my original cover, it looked less like a cover and more like an interior illustration.  Also it looked like the hero was about to get his butt whooped. 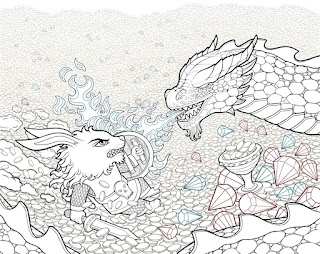 In my new cover the hero is drawn much larger and he is standing tall. 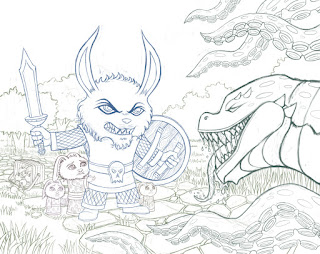 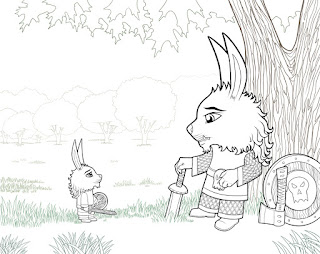 Page three needed some edits because on page four the hero is also chopping something with his sword.  Visually it looks better if he is preparing to swing on one page, followed by chopping on the next. 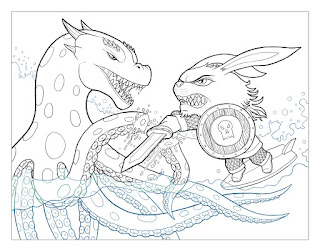 The new line art has the hero about to chop with his sword.  Some might think this is done to make the book less violent, but it really was done for visual storytelling purposes. 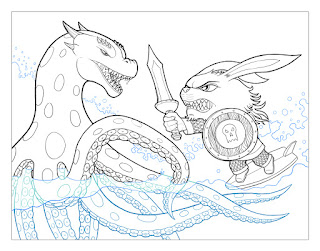 You can see that the story flows better into page four which is the hero chopping something with his sword: 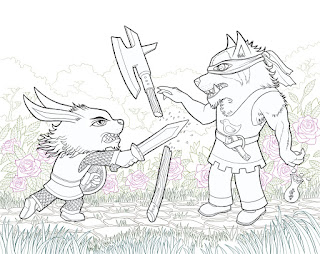 The last pages to edit were the final two pages.  The initial critique was that the desserts looked like "conveyor belt sushi" because they were all neatly lined up:

Now for most of you this is an easy solution - just move the desserts around.  For me it was the most difficult editing I had to do because I am very picky about my line art and I see tangents everywhere.  I did my very best to enlarge some things and move stuff around.  I had to re-ink some of the desserts because when you shrink or enlarge inks, they can become fuzzy.  Anyways, I think the edited pages do look better in the end:

Brian Stelfreeze is my teacher and he is the one who provided this critique.  He also showed me a cool way to go about planning color theory for a book.  What he showed me was to use color "swatches" where the large rectangle is the dominate color on the page and the other smaller boxes are the other major colors.  Brian says that the color theory for a book should play out like a song, with verses and chorus' and a blistering solo.  Some parts of a song should stand out, while others should be quieter.  It was a good way to get me thinking about the overall color theory for the book and what pages should stand out so I can drive the message of the story home. 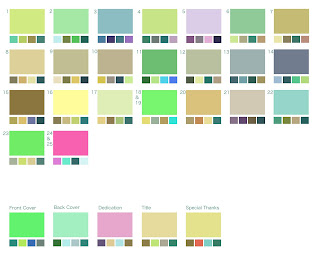